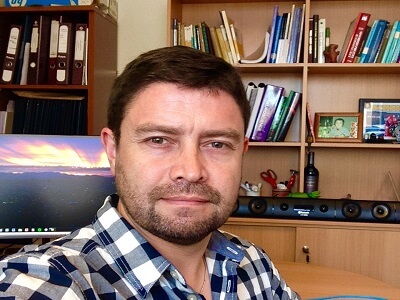 Activity-dependent mechanisms of synaptic plasticity are generally viewed as a probable cellular substrate of the learning machinery in the brain. Most investigation of long-term changes (potentiation or depression) in synaptic transmission has been carried out on excitatory synapses. Even though the essential role of GABAergic inhibitory synapses in the information processing in the brain, the induction, the expression and maintain of long-term synaptic plasticity in the functional inhibitory synapses it is less known.

Our research is focused on understanding, the cellular and molecular basis of activity-dependent plasticity in the hippocampal and cortical glutamatergic and GABAergic synapses under normal and neuropathological conditions. Using a range of techniques, from in vitro and in vivo electrophysiology, optogenetics, in vivo knockdown, genetically engineered animal models and behavioural analysis, we are attempting to understand how different neuromodulators (i.e. acetylcholine, Serotonine, endocannabiniods) are able to affect the synaptic function Advancements in our understanding of the diverse forms of inhibitory plasticity are crucial to address more directly their many roles in healthy brain function and disease.

The plasticity of brain circuits was hypothesized to mainly rely on the flexibility of glutamatergic synapses, whereas inhibitory synapses were assumed relatively invariant, to guarantee the control of the neuronal network. An increasing body of evidence has revealed that inhibitory synapses undergo several types of plasticity at both pre- and postsynaptic levels. Given the crucial role of inhibitory interneurons in shaping network activities, modifications of the activity inhibitory synaptic strength represent an extraordinary source of versatility for the fine control of brain states. Using electrophysiological, calcium imaging and pharmacology we are attempting to understand the molecular and cellular basis of this form of GABAergic plasticity as well as if these changes in the efficacy of GABAergic synaptic transmission in ways that may contribute to information processing and storage in the brain.

One major focus of our Lab understands how neuromodulators (i.e. Acetylcholine, serotonine, Dopamine, endocannabinoids) regulate the GABA synaptic efficacy, and how they can crosstalk to generate behavior. Using a range of techniques, from in vitro and in vivo electrophysiology, optogenetics and calcium imaging, we study the mechanism underlying synaptic communication and its regulation by neuromodulators in the different brain areas, we expect to provide new insights into the cellular and molecular basis underlying neuronal communication

GABAergic interneurons are essential for a functional equilibrium between excitatory and inhibitory impulses throughout the CNS. Disruption of this balance excitation-inhibition can lead to various neurological or neuropsychiatric disorders. The rich diversity of interneurons found in the normal healthy brain is often significantly altered in neurological and psychiatric diseases. The GABA dysfunction are associated with several psychiatric and neurological disorders, including anxiety, depression, insomnia, and epilepsy. However molecular a cellular mechanism as well as the type of cortical and hippocampal GABAergic interneurons, are still not conclusively resolved.

Using a range of electrophysiology, calcium image techniques and behavioral test in animal model of epilepsy, anxiety disorders or schizophrenia, we expect to provide important new insights into how the integration of GABAergic system may be altered in neuropsychiatric disease.